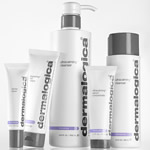 Sensitive skin is an absolute nightmare for anyone who sufferers with it but if you have a medical condition that causes it then it can be even worse. Rosacea is a serious skin condition that affects a lot of people and usually either occurs in childhood or in people that are around 30.

A lot of the time during the onset of Rosacea people don’t realise that they have it and just think that they’re blushing. However, when the blushing becomes a persistent redness and sensitive skin it can cause some serious problems.

Rosacea isn’t a condition that can be cured but it can be kept under control as the symptoms are often triggered by certain things such as alcohol, spicy food, the sun and stress. When you suffer with sensitive skin and skin conditions such as Rosacea it’s essential to follow a skin care regime that uses only products that are intended for this type of skin. Dermalogica’s UltraCalming System was developed for this exact reason and has proven to be a great success when it comes to keeping Rosacea under control.

There are a number of products in the range that have all proved to improve the appearance of Rosacea dramatically.

Dermalogica’s UltraCalming Cleanser is a great product that cleans the skin without damaging its natural barrier and sooth red and irritated skin.

Their UltraCalming Redness Relief is a best seller in the range as it helps to control redness and treat the cause of the inflammation.

Try the products from Dermalogica’s UltraCalming range if you’re looking for a way to keep Rosacea under control.