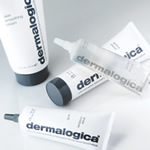 If you’re not using a good moisturiser, there’s a good chance that you’re not treating your skin as well as you could be doing- and everyone should want the best for their skin.

Moisturising twice a day at the very minimum is essential for keeping skin in tip top condition and preventing it from aging prematurely, although sometimes it’s hard to know when your moisturiser isn’t doing its job properly.

There are some things which can point to a moisturiser being unsuitable- with one of the most visible and common signs being an oily residue.

As a general rule, if a moisturiser isn’t sinking into the skin without trace, your skin won’t be getting the hydration which it so badly needs, and over time (or even very quickly in some cases) the skin could become very parched.

A moisturiser which doesn’t sink in properly could leave the skin looking incredibly shiny too- even on skin which is usually quite dry.

When you’re looking for a moisturiser which will sink in properly and do its job properly, look no further than the brilliant Dermalogica range- thousands already have.